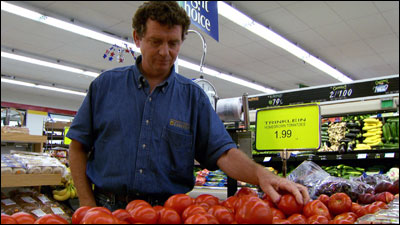 “This is excellent news,” said James Quinn, MU Extension regional horticulture specialist. “It means that consumers can be positive that they are safe when they purchase tomatoes from Missouri growers.”

The listing is also good news for Missouri growers, many of whom have been coping with an unusually cool and wet spring that has delayed production of field tomatoes. “It’s very important that these growers are not interrupted with this recall by having any questions about the safety of their tomatoes,” Quinn said.

While the FDA has not yet determined the source of the salmonella-tainted tomatoes that have so far sickened more than 200 people, Quinn said the FDA has been going through a process of identifying states not associated with the outbreak.

“It’s great that the Missouri Department of Agriculture was able to respond as quickly as they could and get Missouri on the safe list so consumers can feel confident,” he said.

Consumers should be able to find Missouri-grown tomatoes at regional and independent groceries, farm stands, produce auctions and farmers markets, Quinn said. “Another source is to buy directly from the grower so you can talk to the grower.”

Quinn noted that prices might be higher for a while due to reduced supply. “It’s important to understand that the overall percentage of tomatoes being supplied by Missouri growers is not a very large percentage of the tomatoes that are consumed.”

If consumers are unsure about the source of a tomato product, the FDA advises consumers to contact the store where they purchased the tomatoes. “At a retail place just go ahead and ask, or maybe look for a sign distinguishing these tomatoes as being from a local source,” Quinn said.

The global nature of much of the fresh-produce market, Quinn added, “creates a situation where bad product can cause a very significant disruption.” He hopes the FDA safe listing will highlight the importance of local food systems.

“This listing should have a benefit for tomatoes produced by Missouri growers, at least in the short term, and I hope even in the long term, because it will emphasize the importance of regional or local production,” he said.