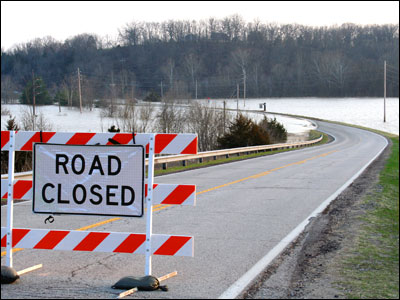 Three days of rain doesn’t sound like much—unless it comes in prodigious quantities and on top of months of above-average rainfall that saturates the ground.

Spring 2008 is seeing significant flooding in the Mississippi River valley.

People in Arkansas are preparing for some of the worst flooding in the state while Missourians continue to struggle with destruction caused by high water.

A University of Missouri climatologist says an unusual three-day rainfall event is to blame for the major Midwest flooding.

Six to 13 inches of rain fell over a large part of southern Missouri, especially southeast of the I-44 corridor, between March 17 and 19 bringing some rivers to levels not seen since floods in 1982 and 1993. 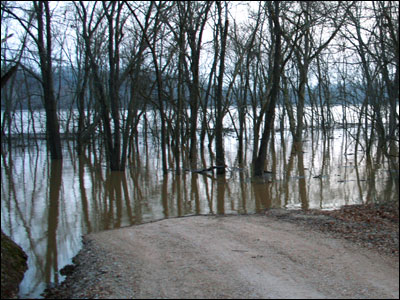 “Adding insult to injury were the pre-existing conditions,” said Pat Guinan, assistant professor of climatology in the College of Agriculture, Food and Natural Resources and an MU Extension climatologist with the Commercial Agriculture Program.

“Saturated conditions were already in place when the rain started,” he said. “Immediately the rain translated into run-off and we saw rises in rivers and streams to unprecedented levels in some cases.”

“The extensive flooding was not the only problem, but the flash flooding was actually historical in areas like Cape Girardeau where more than a foot of rain fell in less than a 48-hour period,” he continued. “Several counties received more than seven inches of rain in a 24-hour period which translated to a one in 100-year event. Some will only see something like this once in a lifetime.”

Missouri has experienced four consecutive months of above-normal precipitation and the past four months will rank as one of the wettest December-through-March periods for the state in decades, Guinan said. According to the National Weather Service spring flood outlook, an above-normal flood potential will exist for all of Missouri through the spring season.

Guinan attended the University of Illinois in Urbana-Champaign where he received a bachelor’s degree in physical geography in 1986 and a master’s in atmospheric science in 1988.

He came to the University of Missouri to continue his education in atmospheric science and serve as a climatologist with the Agricultural Experiment Station. 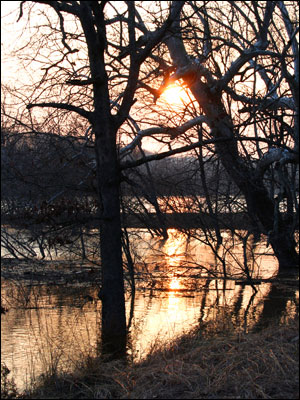 Since 1996, he has been employed by the University of Missouri’s Extension Commercial Agriculture Program as a climatologist.

Guinan received his Ph.D. in soil, environmental and atmospheric sciences in 2004. He also serves as the state climatologist for Missouri and director of the Missouri Climate Center.

His specialties include agricultural meteorology and climatology.

He maintains and operates the Extension Commercial Agriculture Automated Weather Station Network, which consists of 25 automated weather stations in Missouri that monitor several environmental variables on a five-minute, hourly and daily basis.

Information on the network can be found at: agebb.missouri.edu/weather/stations/.