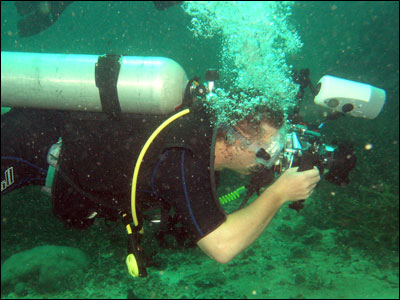 It’s hard enough for a scuba diving newcomer to plant coral seedlings in a seabed on the other side of the world.

It is harder still when a NBC TV news camera follows your every move.

Roy Robinson, program director of International Studies at CAFNR, and Robert Sites, Division of Plant Sciences professor, guided the students through explorations of agricultural and cultural sites such as the Grand Palace, the ancient ruins of Ayuthaya, a clouded leopard breeding facility and tropical forests of Khao Yai National Park. 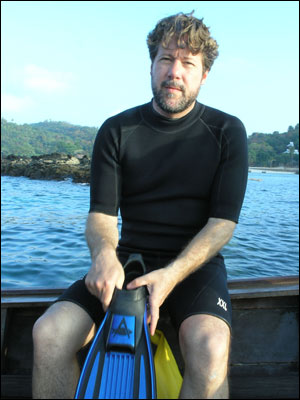 Further south, the project also explored coral reef conservation techniques along the coastline and islands of the Andaman Sea.

This was no watch-from-the-sidelines expedition. The students learned how to don wetsuits and oxygen tanks to help transplant healthy coral scrubs from a nursery to reefs damaged by pollution, over-tourism and natural disaster.

Coral reefs are one of the true natural treasures of our earth, said Robinson. Some over 200 million years old and are home to an enormous variety of life forms, which is why they are often compared with tropical rainforests.

Coral reefs are a complex system of uncountable micro-living spaces. In addition to the visible plants and animals, there are millions of nearly invisible, microscopic organisms that reside in these micro-caves and crevices inside of the coral blocks. Legions of tiny creatures called ‘zooplankton’ live directly above the reef. These creatures are an essential link in the reef food chain.

Thailand’s coral reefs are threatened by damage from tourism and pollution.

On Dec. 26, 2004, a giant tsunami covered the delicate coral with hundreds of tons of debris that had to be painstakingly plucked off. 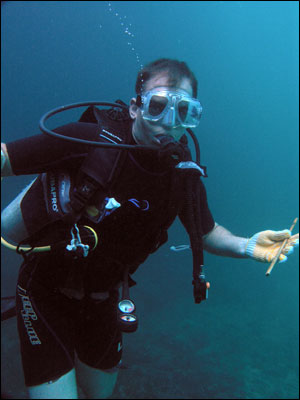 Robinson reports that the CAFNR students took the interest by NBC’s Asian correspondent in stride, treating the experience as one more learning opportunity that will help them prepare to work in an increasingly global marketplace.

The students described their impressions of their work and what they were learning through interviews, sometimes while the students ate their lunchtime Thai food.

The trip is one of several that CAFNR offers. Other student groups have traveled to South Africa, Costa Rica, Czech Republic, New Zealand and Germany.

The students earned five credit hours for their efforts.

Before their trip, the students studied in the classroom the culture, language, and academic aspects of conservation and biodiversity of Thailand.