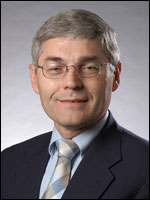 The July Fourth holiday is the most popular grilling period of the year, and Americans will find the 191 million pounds of hamburgers and juicy steaks purchased will cost about 10 percent more than last year.

The increase is due in part to strong domestic consumer demand for beef and a 19 percent growth in the export market, but an overriding factor is the rising cost of corn due to the increasing number of ethanol plants, said a University of Missouri agricultural economist.

In 2000, 6 percent of the U.S. corn crop was used to produce ethanol. Over a quarter of this year’s corn crop will be processed for ethanol, leaving less corn for livestock feed.

Cheap beef prices will be rare in the future if corn prices stay high, he said.

Beef prices are likely to be higher next year. The cow herd appears to be shrinking, and that means a smaller calf crop next year and less beef in our future, Plain said.

“My forecast is for corn likely to average above $4 per bushel for the next five years,” he said.

“Corn prices are going to have to get high enough to convince people to quit building ethanol plants,” Plain said. “We currently have more ethanol capacity under construction than exists in the country. That means we will double our ethanol capacity in the next 18 months. At some point we’ve got to stop building new plants, or we are going to run out of corn to feed them.”

Retail beef sales projections for the two-week period around July Fourth are $687 million, according to the National Cattlemen’s Beef Association.

About 71 percent of grill owners will use their grills during the July Fourth holiday, according to the Hearth, Patio and Barbecue Association.